In typical forms, the symptoms of autism appear before 3. a year old. The first symptoms in a child are usually observed by parents-in some cases as early as infancy. They are concerned that the child is too polite, calm, does not shudder at the noise, does not focus his eyes on the incoming people, and when you take them in your arms – stiffens.

In addition, the child stares at one point for hours, for example, a ticking clock, does not talk and does not develop speech. It also happens that initially the development of the child goes well, and unusual behavior appears unexpectedly.

How does a child with autism behave?

An autistic child closes in on his world. It is somewhat distorted, but so absorbing that the child does not see the need to talk to people around him. There is a total developmental disorder. The child avoids contact with peers and family. He stops talking to mom for no reason, treats everyone around him like air. It doesn’t let you touch it and it stiffens when you take it in your hands, it doesn’t feel like anything. He doesn’t ask his parents for super toys. He’s not responding to pain. 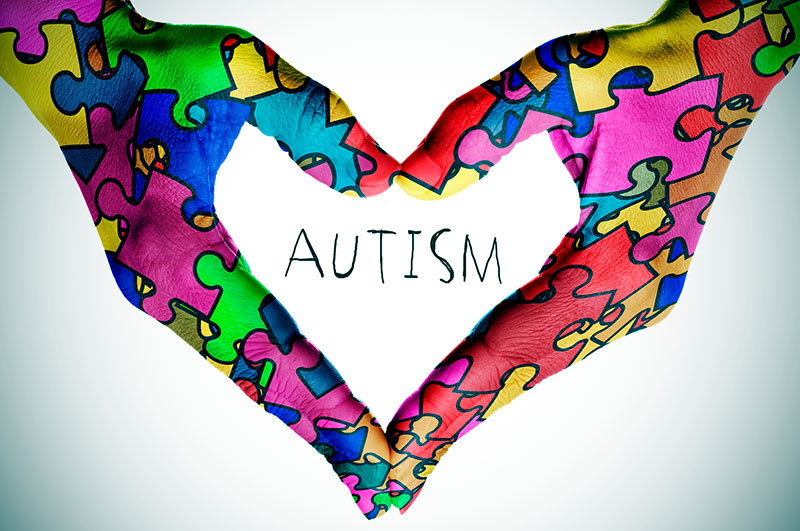 She’s not happy when her beloved aunt comes by. When he gets his favorite ice cream-does not show that he really like it. Gentle signs (grimace, gestures of other people) do not have much importance for him. You can smile at him with the most sincere tenderness, and he will not pay attention to it at all and will not perceive it as something nice. An autistic child stops talking, and if he or she speaks, it is in a disturbed, illogical way, constantly repeating words or slogans from television commercials.

Instead of “I”, he says “you”, he uses incomprehensible phrases. The behavior of a child with autism is stereotyped-waving his arms or spinning in circles. Excessive attachment to certain objects. And if someone takes it away from him, he panics. He doesn’t like it when someone changes his past habits. He likes to walk the same path, eat from the same plate, clean with the same brush. He does not tolerate changes in his daily activities.

Children with autism spectrum disorder often have a very selective and limited range of interests, which is why they tend to be experts in narrow fields. Sometimes they show extraordinary memory, which, however, they do not use in everyday life, at school, in contact with people. Autistic children often feel anxiety and easily become aggressive, have disturbed sleep. The diagnosis is made by a team consisting of a psychologist, a special educator, a psychiatrist

Summary of symptoms in autistic children. A child with autism: