Autism is a serious developmental disorder in a child. Its symptoms appear before the child reaches the age of three. In some cases, the first symptoms may appear before the child is one year old. This is a neurodevelopmental disorder associated with abnormal brain function. Autism can manifest itself in different ways in different people. But regardless of the individual manifestation of symptoms, all people with autism have difficulties in social relations, communication, imagination, rigidity of behavior.

These difficulties can be of varying severity. As a result, some people with autism are very deeply disturbed-they are not able to make contact with other people, they do not speak or communicate in other ways (e.g. facial expressions, gestures), they have a lot of stereotypical behavior, mannerisms, while in others the symptoms are weakly aggravated and they can lead a fairly ordinary life. Therefore, in the case of autism, we often use the term autistic spectrum disorder (ASD).

Autism is a lifelong disorder. This means that autism does not “outgrow”. Thanks to increasingly effective methods of therapy in many cases, you can get a significant improvement in the functioning of affected people. Current research indicates that approx. 10-15% of children with autism spectrum disorders have a chance of a reasonably independent life in the future. High-functioning people with autism or Asperger’s syndrome can work, start families. However, untreated it causes severe disability.

It is not fully known what actually causes autism, but the main factors are considered genetics (a large number of genes responsible for autism have been identified) and the environment. Studies in autistic patients have shown some abnormalities in several areas of the brain. In addition, other studies suggest that people with autism have poor levels of serotonin and other neurotransmitters in the brain. All this may suggest that disturbances in the brain development of the fetus at an early stage of development, as well as disorders in the genes, may affect the formation of autism.

In about 15-20 percent. children with autism present a genetic mutation that increases the risk of developing the disorder, says Insel. Some genetic diseases, such as Fragile X syndrome and Rett syndrome, are well known to increase the risk of autism. If the parents already have one autistic child, the risk that the other will also be born with this disorder is close to 20%. – this is evidenced by groundbreaking research scientists from the University of California at Davis. If the parents have two children with autism, the risk that the third will also be autistic, is already as high as 32 percent., comments the author of the work Sally. 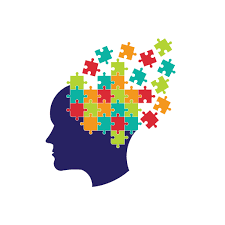 A number of studies have reported that an anticonvulsant medicine (valproic acid) may increase the risk of autism in children who were exposed to it before they were born. In turn, another study showed a higher risk of this disorder among children exposed to anti-depressants during fetal life. In contrast, prenatal vitamin use was associated with a lower risk of autism.